History of the PIS

The Personal Import Scheme (PIS) was created so that Australians living overseas had the opportunity to bring the vehicles they were driving back with them when they returned to Australia.

Australia has relatively strict regulations regarding the importation of vehicles to our shores, and while the Specialist and Enthusiast Scheme (SEVS) allows for some makes and models to be imported as either new or used cars, there are still a vast number of vehicle makes and models that can’t be brought in. As a general rule, if a vehicle is sold here in full volume new by the manufacturer, no other variants of that vehicle may be imported through SEVS. For true enthusiasts, this often causes much wailing and gnashing of teeth! The big appeal of the personal import is that the world is your oyster as far as importing your vehicle is concerned – unlike SEVS, there are no restrictions on makes or models.

I will happily admit that the opportunity to bring a car back with me was one of my main motivations for moving to Japan back in 1999. In those days, ex-pats were only required to own their vehicles for three months before they could send them to Australia through the PIS, so during our time there, my wife and I managed to send back two Mazda MX-5s, a near-new Mitsubishi Galant VR-4 (now a common import under SEVS) and a 20B triple rotor Eunos Cosmo Type E-CCS.

The problem (if you can call it that) with personal imports is that they can be quite a lucrative investment too. When I was living and working in Japan, my boss purchased a near-new Mercedes Benz S500L at auction for around twenty-five thousand Aussie dollars, and after spending probably another ten thousand dollars sending it back to Australia, promptly sold it for $85,000! That’s serious profit in anyone’s language.

These days, the prestige vehicle market depreciates a little quicker than it did back then, so those sorts of stories are now few-and-far-between, but the appeal still remains – overseas, you have ex-pat Aussies who understand the potential for their vehicles to make money and supplement their income, and back home, you have cashed-up enthusiasts keen to get their hands on vehicles that can’t be imported here any other way. 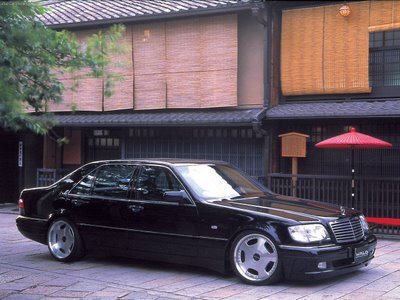 As often happens when people start getting greedy, the number of vehicles being imported through the PIS skyrocketed and matters soon got out of hand. Organised syndicates started advertising to Aussies living overseas to ‘buy’ their passport details, register vehicles in their names and store them for three months before sending the vehicles to Australia. At this end the syndicates then advised their customers that they could source any make or model vehicle the customer wanted for ‘the right money’. I distinctly remember seeing a full-page ad in another magazine from an import dealer in Melbourne that was filled entirely with personal imports!

So in 2000, the Australian Commonwealth government tightened the importation criteria so that vehicles had to be owned and used for a minimum of twelve months before they could be considered eligible under the PIS. This slowed the numbers of personally-imported vehicles considerably; while the syndicates were able to store vehicles for three months until they qualified for importation, having their money tied up in vehicles sitting in storage for twelve months quickly reduced the appeal of their setup, and prospective buyers in Australia were turned off by the thought of having to wait more than a year to purchase their dream vehicles.

So the only ones left bringing vehicles in were the legitimate importers, right? Well….no. As you will no doubt already know, given that you’re reading this, the PIS is open to Australian citizens, but also to overseas migrants coming to Australia on permanent visas. Some particularly clever Russian ex-pats living in Sydney eventually discovered a loophole in the PIS legislation – there’s no time limit (after the owner arrives in Australia) on when eligible vehicles can be imported through the scheme. As a result, they began rounding up all the passport details of their fellow countrymen and women also permanently residing in Australia. From there, they bought luxury vehicles in Russia and fabricated the documentation to claim that the cars had been owned and used many years beforehand by these Australian permanent residents when they were living in their homeland.

While powerless to stop people exploiting the loophole at the time, the Commonwealth Government was quick to make further amendments to the legislation in 2009 to firm things up a bit. This has all but eradicated the naughty behaviour, but has also made life far more difficult for those wishing to legitimately bring their vehicles to Australia through the PIS since that date.